Why Should We Choose Wind Energy 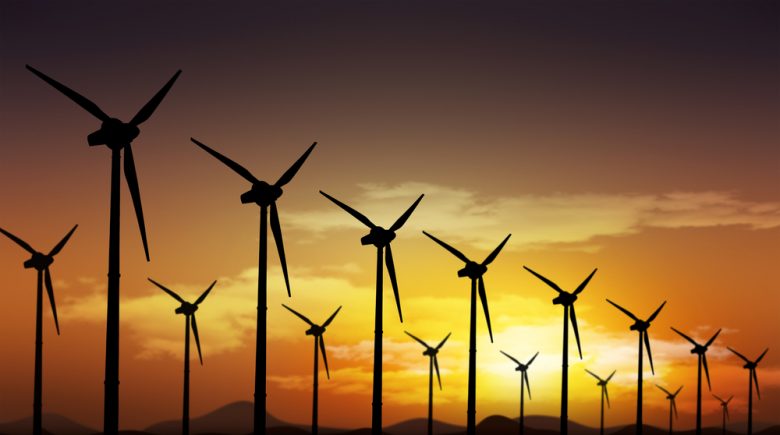 The hottest temperatures ever recorded, since we started recording has taken place in the 20 years. There has been a steady increase in global temperatures since 1998 and has increased by almost three degrees Fahrenheit. While three degrees may not sound like much, on a worldwide scale, it has been catastrophic with measurable adverse effects all over the world. The consumption of fossil fuels as the primary energy source must be decreased to halt the destruction of our planet.

Clean energy options are the key to reverse the adverse effects of decades of burning fossil fuels. Wind energy is a clean and effective alternative that can, in conjunction with other energy forms, drastically reduce fossil fuel usage.

How Does Wind Energy Work?
Energy is extracted from wind energy by way of a wind turbine, which consists of propeller blades, rotor, and a generator. As the wind turns the propeller blades, they spin a rotor connected to a generator that spins and creates energy. The blades on the turbine will begin moving with a light breeze, around 4 meters per second. Once the generator turns from the wind energy the electricity created is moved into a transform to be prepped to be passed to the grid or used locally.

Advantages of Wind Energy
Wind energy technology is excellent not only for the apparent clean energy production, but it has many economic related benefits. Wind energy has immense potential to generate revenue in the form of taxes, especially in rural areas where there is a lot of open space that otherwise goes untaxed and unused. The wind is also more efficient regarding the overhead and loses associated with the processing of raw electric energy. Wind energy produces power and makes it ready to be used at the location, eliminating the need for further refinement or preparation.

Energy Costs
Wind energy also reduces fluctuations in the price. Oil, the base commodity for gasoline, for example, is priced per barrel. A barrel of oil can increase and decrease in price for a reason unrelated to supply and demand, which makes it hard to project the cost of goods and service dependent on oil. Wind energy is a lot cheaper to produce compared to fossil fuels.

Jobs
The need to construct wind turbines will create hundreds of jobs. There will be short term and long-term jobs created, as we expand the availability of wind energy. Workers will be needed to construct the turbines, and there will be a need for employment to employee people to maintain and repair them.

Easily Integrated
Wind turbines don’t require a lot of changes in the current infrastructure. The installation of wind turbines in farmland is advantages as it doesn’t require the disruption of the daily functions. Most of the best land to harness the winds are in these rural areas where the farmers are, which allows the local farmers to charge a monthly fee for using portions of their land to host wind turbines.

Less Dependence on Foreign Fuel Sources
The United States is currently heavily dependent on importing foreign fuel sources. By diversifying our energy portfolio with alternative fuel sources like wind, we will be better equipped to withstand uncontrollable events that can potentially cut off our energy source or drastically increase costs.

Wind Energy Advantages for the Environment
Wind energy is clean as it does not produce harmful byproducts such as mercury. Mercury is a dangerous contaminant that pollutes the oceans, which pollutes the fish we eat. In addition to not polluting water, the energy created from nuclear plants require large amounts of water to keep the plants fresh, this is not an issue with energy produced from wind turbines.

Sustainability
Wind energy is a sustainable energy source, unlike the finite alternative fossil fuel sources. The wind is produced by the sun’s energy, which heats the atmosphere and acts as the source for winds. As long as there is solar energy, there will be the wind to produce energy.

The Road Ahead
While wind energy is a viable, much safer, and cleaner alternative to fossil fuels, it has disadvantages and challenges associated with it becoming a replacement for our current energy choices. As with most things in life, change is challenging, and energy sources are no exception. For example, in the United States, we have built entire industries and infrastructures around the consumption of fossil fuels, which makes alternative energy sources more expensive upfront.

Another challenge associated with wind energy is the areas of the United States that get lots of wind are often far from the urban areas, where the power is needed most. Contrary to popular belief Chicago is not a windy place compared to Kanas, Nebraska and other plain states. The most wind-rich areas being hundreds of miles away from urban centers creates a need to build transmission lines, which cost tens of millions of dollars. Wind turbines pose a threat to birds and can produce possible noise pollution.

Negative Impacts Associated with Construction
Construction of wind farms requires the transportation of materials across vast distances, which can harm the local environment and the byproducts from building. Issues such as radar interference from the turbines can cause potential problems. There have been possible ground erosion problems from the construction of wind farms also. The possible adverse effects of wind energy pale in comparison to the benefits of using wind as a primary energy source. It is in our best interest to slowly reduce our fossil fuel consumption for future generations and the health of our planet.

Why Should We Choose Wind Energy