An important part of any financial plan is saving money in case of emergencies.  The emergency fund is a liquid account that can be tapped at any time in case unexpected expenses come up due to losing a job, wrecking a car, or having medical bills.  Since it is so important to have this fund, one would think that most people have saved enough and are prepared.  Unfortunately, many have not, and they get paralyzed at the thought of trying to accumulate emergency money.

There are two goals when it comes to saving.  There are short-term goals, such as an emergency fund, and there are long-term goals, such as retirement.  The goals that are further away can take on the risk of having the money invested since they have time to recover from a market loss.  However, the shorter goals do not have the time needed to grow, and must sacrifice an increased rate of return for liquidity (this is called the risk/return tradeoff).  The biggest question on many people’s minds is how much goes to which fund.

Those who are not contributing the maximum to their retirement plans, and relatively few are, should consider taking the amount of money going in each month, and dividing it in two.  Half of the money will still go to those long-term goals.  The other half will go into an emergency fund to prepare for the what-ifs in life that are certain to pop up.  This way both retirement account will still get the funding it needs, and the emergency fund will accumulate to an acceptable level quicker.

There are some professionals that say 6 months living expenses should be available at all times.  Others will say that 24 months expenses are needed.  There really is no right answer as to how much one should accumulate in his or her emergency fund.  The amount will depend on the individual, and how much he or she needs in order to feel comfortable.  Are you certain your job will be around and you will not be laid off?  Then you might be able to sleep soundly at night with 6 months worth of expenses.  If you have more worries, then save enough until your worries are relieved.

Retirement will not matter if an emergency is sapping up every last dollar coming in.  So preparing for the unexpected will help make sure retirement plans are not damaged by something outside of your control.  After your emergency fund is “full” then even more money can be dedicated to the long-term goals.  Until then, splitting the saving in two is the best route to take. 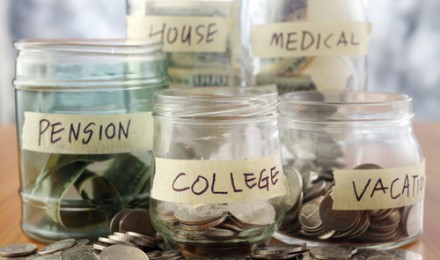 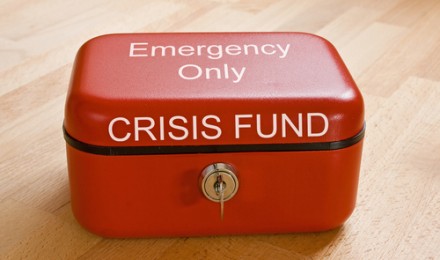 Creating an Emergency Fund for Life’s...