Creative Ideas Retirees Are Coming Up With to Supplement Their Income 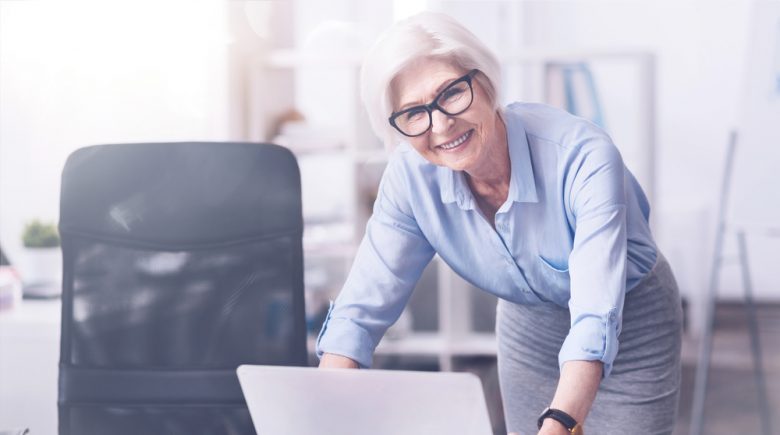 The phrase “The best laid plans of mice and men often go awry” was coined by the Scottish poet Robert Burns in the late 1700’s, long before pension plans, 401K accounts, Roth and other retirement programs were thought about.

That changed when pensions were instituted by companies eager to add heft to their employment packages and elevated to law when Congress passed the Revenue Act of 1978 that included the now-familiar Section 401(k).

Folks wise enough to realize that this tax-free way to defer compensation made all of the sense in the world listened up and when the Internal Revenue invited employees to make their own contributions to their 401(k) plans in 1981, forward-thinking planners jumped in.

But over the last 30 years, Americans began to listen to their worst consumer urges and spend more than they saved, convincing themselves that U.S. Social Security Administration (SSA) coffers would keep perpetuating new cash reserves in perpetuity. You already know how that has turned out.

Fast forward to 2019. Author Maurie Backman has been keeping tabs on America’s propensity for putting into place and paying into retirement accounts and he has pronounced the current generation derelict. His research continues to prove that a “disturbingly large percentage” of Americans have no retirement savings at all.

In fact, an alarming number of aging citizens are betting the farm on the government finding some miraculous answer for the SSA shortfall that is currently hanging by a thread. Indicators point to the fund’s ill health: If current projections are accurate, retirees currently on Social Security will loose their full benefits in 2035 and newbies can expect to see only around 80-percent of what they expect.

Short of tossing in the towel and retiring to an ice floe to sail off into the sunset, today’s prospective retiree is likely to wind up working longer than planned and many are going to have to give up on the dreams they may once have held about lavish retirement homes by the sea and endless European tours.

But others have adopted stoic perspectives, looked around and made compromises, taking responsibility for their own lack of retirement fund planning. According to Fox News business analysts, these are the four most popular paths seniors are taking to scale back and compensate for small or nonexistent retirement accounts:

3. Seniors are using time they once devoted to paid work to master the nation’s financial system, giving them tools they need to diversify investments. That helps them stretch funds further as a direct result of studying and following the market.

4. Seniors can intentionally limit the amount of income they earn by joining the labor market that currently accounts for 20-percent of all wage earners, say statisticians at the Pew Research Center. Part-time jobs offer both cash and mental health benefits.

In addition to taking one or more of the aforementioned ways to make up for a lack of retirement funds and supplement Social Security checks, retirees are getting downright creative in the ways they cover living expenses. Names have been changed to protect the not-so-innocent seniors we talked with who have found unique ways to save money.

Marianne stumbled upon a paying gig that allows her to pursue her passion: Movies. Her weekend ushering job at a local movie house is fun and she likes helping older matinee-goers find seats in the pitch dark. The money she would normally spend on her movie habit now expands her food budget.

Cheryl quit her gym membership, gave her daughter and son-in-law a treadmill and she now calls their basement “the gym.” She pays her gratitude forward by preparing the occasional meal for the workaholics and has the wisdom to disappear before the two roll in, exhausted and grateful, from their harrowing jobs.

Robert jokes about having a personal stylist after discovering local thrift shops in upscale neighborhoods where high-quality duds are the norm. He says that his current wardrobe surpasses the one on which he spent a fortune back in the day, and says, “I don’t know what’s wrong with people these days; they get rid of gorgeous, often new things. I’m the beneficiary.” His pals now call him the peacock.

Steve snagged a part-time gig at a children’s hospital where he gets to play as much as he likes, takes home a modest salary, has access to medical care and he’s frequently the recipient of meals from the facility’s kitchen that he calls his icing on the cake.

Laura calls autumn “her employment season” because it’s her chance to build up her cash reserves by taking advantage of holiday retail staffing needs. She works as many hours as she likes and because it’s the only time of year she’s employed, paying income tax is a non-issue.

Richard had sleep issues as a result of having a life-long job requiring him to awaken at 4 a.m. daily. When he realized that the habit was too ingrained to disappear, he got a paper route that brings in extra bucks and he’s become his social circle’s biggest news nerd.

At 70, Sandy gets bored easily, which is why signing up to work for a temp agency is just her cup of tea. One day, she’s filing. On the next, she takes surveys at the local mall. She turns down jobs that she doesn’t find interesting, works as many hours as she likes and takes vacations on her own schedule, not someone else’s.

Bruce finally cleaned out his garage and guest room. After trucks pulled out of his driveway filled with charitable donations, he rented a room with garage space in his home. Auditioning potential renters with care, he chose a perfect tenant after doing background checks.

Jane had no desire to chauffeur people around and took a pass on Lyft and Uber, but when she heard about Roadie.com and was offered the chance to deliver stuff instead of people, she said yes the minute she read the website’s conditions: Work your own hours and it mattered not whether her auto was clean or new.

Barbara moved to Belize where U.S. citizens can retire at age 45 and live like royalty on a monthly income (Social Security and modest savings) of just $2,000 (https://www.belizetourismboard.org/programs-events/retirement-program/). She’s considering launching a small business that could turn out to be a tax free enterprise thanks to Belize’s relaxed tax laws. And Belize’s first language is English.

Did these folks have a clue that they wouldn’t be living like royalty once they retired? Not always. But each of them admits to having fun doing their thing and isn’t that what really matters in the end?

Creative Ideas Retirees Are Coming Up...