How Self-Employment Has Transformed Over The Years 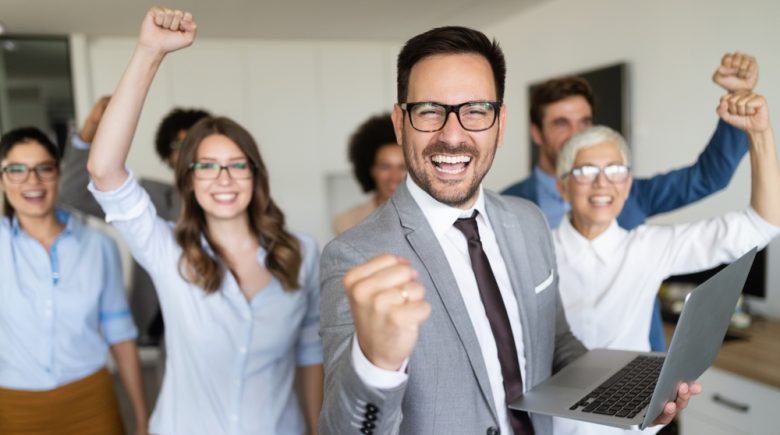 We can all admit that when you announced that you were now “self-employed,” most took this as meaning, “I don’t have a job.” That was years go before technology has given everyone a chance to turn into their own tycoon. This is either happening from the lazy chair in the den with a laptop on your lap or through a popular online video platform. People are finding the most creative way to re-invent themselves or become etched into a growing economic market of consumers who want new products and services. Here are some ways that self-employment has transformed over the years.

Starting self-employment used to be a daunting task. It was a challenge because there weren’t that many resources available be then. Now anyone can find help with their business and take free online courses. In addition to that, people with expertise in particular industries are creating their own personal video channel to share their experiences. There are thousands of articles online to read and sift through where you can literally get a night class education. Now we have crowd-funding that is open to anyone with an idea for a service or a product. It can put you on the map in a matter of months and soon everyone will know what you have to offer. Technology has graced us with so many devices, software applications and gadgets to where we can operate a multi-million dollar business from our smartphone. It’s almost hard to listen to someone who says they can’t get it together in their self-employed world with all the resources available today. They are either not looking or are seriously not applying themselves.

Years ago you really had to be locked into your own confidence and tread forward keeping your attitude positive. Today, the world is full of encouragement from people who have been there and done that. They are creating meet-ups and groups online so you can vent your frustrations with common folk that get it. You can get an attitude boost if you’re down in the dumps through forums that constantly hammering out advice. There aren’t too many people online looking to tell you to just give up and go home. For one, they risk losing out on the monetary income they will get from you watching their intriguing helpful video. It’s a win for everyone involved. There are videos geared to helping those failing in business and offer tips at a fraction of the cost of a community college class. It seems with so much going on in the world, people are want to help rather than hurt.

No longer do the self-employed feel embarrassed or hesitant about going into business themselves. It used to be a scary uphill battle of whether or not you’d make it through the first fiscal quarter. Now self-employed people have the world at their fingertips to attend conferences or make a short t.v. show. The self-employed have a new found confidence as they learn to make millions either online or through branding. It seems that more and more people are skipping the search for the traditional job and going out on their own. With so much success of various people, many of them being teenagers, it has sparked a new perspective on being self-employed. It’s more like, do what you love and find out a way to get paid for it.

More entrepreneurs seems to hitting the jackpot when it comes to getting a product to the market. Young self-employed teens are racking it in through their YouTube channels. They have brought about a new meaning of self-employment that normally didn’t start until one got fired from a job or was too old to get placed. The money being made today by the self-employment industry seems endless. If it’s not a young 20-something model with 4.5 million followers banking 300k a year, then it’s the person who coming up with such ingenious product that big business never even thought about.

The costs to start self-employment, basically online, are barely next to nothing. This is a new age of starting from scratch and not spending anymore than $50 dollars. For years it’s been difficult for the lone self-employed person to find some kind financing to put down a deposit on a building. Now that building is floating in a cloud somewhere and can be access from the local coffeehouse. Business financing is still needed depending on what you are trying to do. However, there are many ways around this because so many new financial institutions are popping up offering rewards of a lifetime. They target low-income groups offering venture capital or seed money to get their idea at least off the ground.

Self-employment will always be a journey we will have to figure out if we want to be successful. However, with so many new resources on the market and technology giving us software that can run an entire accounting department, we don’t have far to look. Technology is putting us into the future faster than we can ever imagine. The self-employed person moping about all the challenges can now join a local group for some good ole encouragement. This can either be through a video of experts that understand your pain or heading to a week long retreat. All of this has altered the attitudes of those in the self-employment world. The adventure is exciting and failure might happen, but they have a list of support groups that can pick them up. Some have scored big making more money than they could have ever imagined in a full-time regular job. It’s safe to say they’ve got a bit of a chip on their shoulder after so many may have doubted them. Finally, the costs are not as scary as it was years ago to start self-employment. You no longer need to fret about where you will get the money as their are more venture capitalist encouraging people from at-risk and different backgrounds to get in the game.

How Self-Employment Has Transformed...