A Smartphone Is More Than Just A Phone, It Is A Lifestyle 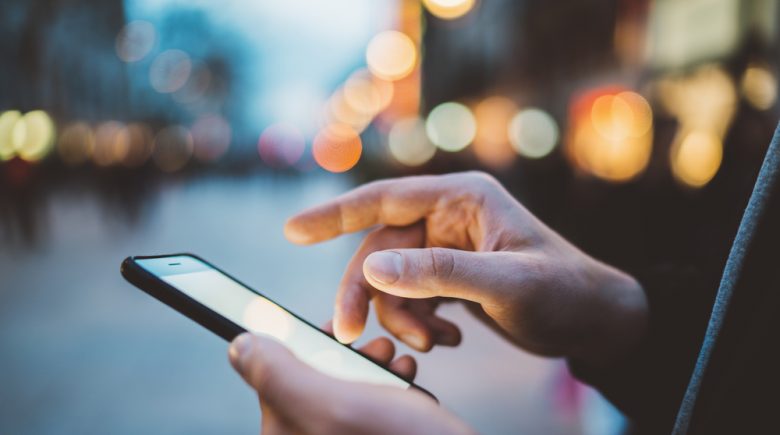 Since the advent of the telephone in the latter part of the 19th century, many people can still remember the different changes that phones have gone through. Older adults can remember when the telephone had the mouth piece separate from the ear piece, and an operator had to place each call usually on party lines with two to three different customers sharing one line. The the telephone evolved to the one piece for the ear and mouth, but many were still on party lines especially in the rural areas of the country. Party lines existed well into the mid twentieth century. This was generally an inconvenience for the majority of people who had telephones, but could not always have access to it. This wonderful apparatus helped to make life easier in many ways. People were able to reach out to others on personal levels, for business purposes, in emergencies, and for recreation and socialization. The telephone was one of the most innovative inventions of it’s time, and it has only been enhanced as the years went by. They became more than a commodity, but a necessity in the daily lives of people all across the world.

Schools taught that Alexander Graham Bell was the genius in the discovery and invention of the telephone, but some history has it that there were many others involved in this endeavor. The idea of the telephone came for what was called the lover’s phone, or string phone. Centuries ago, two diaphragms were connected to taut strings, and sound waves would carry vibrations allowing two people to talk with each other. From this novel idea cme the 21st century’s most important device, one in which all aspects of life can be managed. The telephone today is an all important tool for every individual no matter the walk of life. Some people maintain a certain quality of life by having this device at hand. Modern advancements and technologies have made the Smartphone a tool for all purposes. This phone can literally do the thinking for an individual. It can be programmed to work miracles for those who have limited abilities, or who are deaf, and can not speak. The phone can do it all. It can even be a babysitter. These phones can be programmed to act as a security system to protect children when parents are not around. The phones can allow parents the ability to see what is going on inside the home when they are away. The Smartphone can lock, and unlock the house at the owner’s discretion.

Smartphones can also have the tendency to guess what an individual is trying to say through text. It will come up with words that may fit into a sentence being written, or the answer to a question that has been asked. The Smartphone lets people make phone calls, but the many other features that it has were not even possible to access a few years ago. Many of the features of a smartphone were once only available on personal computers, but now emails can be sent by way of smartphones, and documents can be edited on the smartphone. The phone is connected to the internet, and many personalized services can be added. Some people think that the smartphone can spy on them, but there is no conclusive evidence that this can occur. Before the smartphone, there was the cell phone which only allowed for phone calls. The the personal digital assistant which was more of an organizer. Eventually, the personal digital assistant gained wireless connectivity, and was able to receive and send emails. Soon afterwards, the cell phone gained theses features.

Some of the features of Smartphones are that they are based on operation systems that allow them to run applications. All cell phones have some software, but the smartphone has the ability to do more. Individuals can download personal, business, financial managers, handy assistants, and almost anything else. Smartphones can access the web at much higher speeds than even a personal computer, and it can add Wi-Fi support to any hand set. Many people also think that smartphones got their name because they are smarter than people. This can be true to a certain degree because with the many apps, and digital tools, it could react faster to a question or query than the average person. With internet capabilities, the smartphone can be a strolling encyclopedia, or a hidden certified public accountant. This does not necessarily mean that it is smarter, just faster and more accessible. For some older adults, the concept of having a phone with all of these capabilities was unheard of. Many were reluctant to even try the smartphone, but the test drive was well worth it. More older people are using the smartphone, and can use a myriad of the tools that are featured.

Smartphones have brought telephone a long way since the string telephone, and Alexander Graham Bell, and everyone else who were involved in the invention of this miracle product called the telephone. The smartphone has enhanced to regular telephone 100% plus. Many people are unable to function without their smartphones, and many will lose control if they misplace their phone. This stands to reason because so much of a person’s personal information is inside their smartphone. The phone may contain business briefs, a child’s day schedule, doctor appointments, prescriptions and refill information, or any other private document or information. A smartphone is more than just a mouth piece, it is a valuable wealth of everything that is essential to the lifestyle of a person. Sometimes, there is no better friend or companion than one’s smartphone. Do have a pleasant ringer on the smartphone because if not, it can be a little annoying especially when trying to complete other tasks. If no one calls, there are a hundred other things that can be done to keep one busy with a smartphone. If still living in the old age of cell phones, come into the 21st century with a smartphone.

A Smartphone Is More Than Just A Phone,...