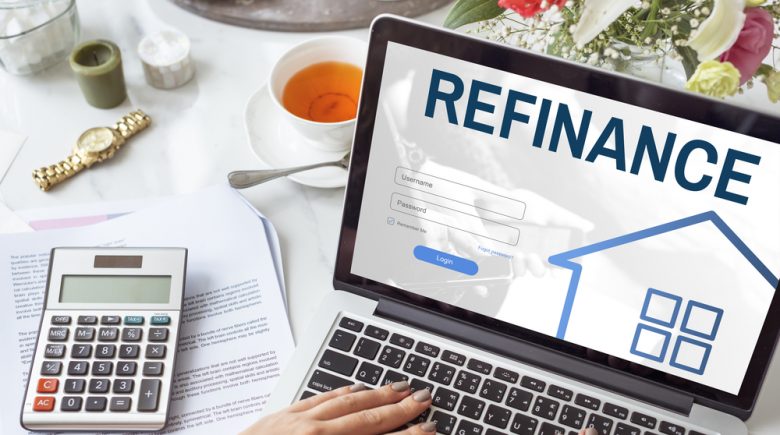 The simple definition of refinance means to take an amount of debt you have and replace it with different debt at lower interest rates. It’s an option that most credit borrowers will choose to exercise if they have a lot of debt to pay off and want to pay off much less in the long-term. Almost any kind of loan can be refinanced either by a different loan from the same lender, or by going to a different lender and using a lower interest rate loan to pay off the first loan. There are different situations for different loans that can warrant deciding to refinance them.

Student loan debt usually is the first debt that young people have on their plates. In some cases, students will have more than one loan out and have to make multiple payments starting at a certain period. Some federal student loans can have interest rates as high as 10% annually, and that can add up to some steep monthly payments. For students who are paying that much but have the income and credit score that would warrant paying less, refinancing student loans is a good idea. Refinanced student loans could cut the 10% APR down to 3%. The main thing that borrowers who wish to refinance student loans need to remember is that they will forfeit any student loan forgiveness options that may have been available, and they will usually need a FICO score of at least 600 to qualify for a lower interest refinanced student loan. But the great news is most student loan refinancing options are offered by online based lenders who usually make the application process much quicker than the banks will.

Mortgage refinancing is a service that’s often advertised on TV, and it’s often advertised during periods when interest rates across the board drop. But the strategy of refinancing a mortgage can get a little more complex than other debt refinancing because there are different kinds of mortgages that have different terms, and borrowers have to weigh a lot of different pros and cons. The main reason most people will choose to refinance a mortgage is when they realize they can pay off a 30-year fixed rate mortgage sooner than what they had anticipated. Most mortgages will lock the borrower into a fixed rate that will stay the same throughout its term, and if a borrower realized they could get a shorter mortgage term such as a 15-year mortgage for lower interest rates, they may decide to do so to get it paid off sooner. Another situation that may warrant refinancing is switching from a government-backed FHA mortgage to a conventional one that doesn’t require the lender to pay mortgage insurance once they’ve obtained at least 20% equity in their home. Many first-time home buyers opt for an FHA mortgage because it has lower credit score requirements and is often portrayed as easier to qualify for. But if a borrower’s credit score has improved since taking out an FHA mortgage, refinancing to a better one could lower their overall payments. It is important to know that refinancing a mortgage often means you’ll be paying closing costs again, and there may be other fees you’ll have to weigh into your decision to do so.

Credit card debt is often the easiest debt to fall into because it’s often the most tempting to use. It also usually has the highest interest rates of all debt with the exception of certain cash advance loans or payday loans. Often when you talk about refinancing credit card debt, you’re referring to debt consolidation. Debt consolidation is taking all your credit cards and paying off the amount of debt you owe with a personal loan or another line of credit. The end goal is to make your monthly payments more affordable and hopefully pay off your credit card debt in installments over the course of a few years or sooner. However, this may not always be the best course of action since dragging out credit card debt payment may mean paying more over time. But if you’re left without other realistic options, using this method may be the best way to eliminate credit card debt.

The Factors That Are The Most Important To Deciding Refinancing

If you’re carrying any one of the aforementioned loans or any other debt, you should consider the following factors before you decide to refinance:

Lower interest rates should be the primary reason for refinancing your loan, but just as importantly is making sure you will be able to pay it off quicker. If the new term of your loan would be longer, you will usually end up paying just as much if not more in interest. But if your new loan allowed you to pay it off well before its final due date, refinancing for a longer term and lower monthly payments may be smart. But you may also want to consider whether your current loan’s prepayment penalty would be greater than any fees racked up from refinancing.

One loan you should never refinance for a longer term is an auto loan because vehicles will depreciate over the years. It’s easy to get allured by lower monthly payments on a car for the short-term, but over the long-term you could end up paying a loan principal plus interest totaling twice or three times as much as the value of the vehicle by the time you’ve paid it all off.

Why You May Want To Refinance A Loan...